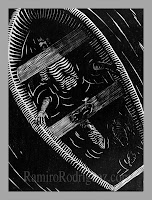 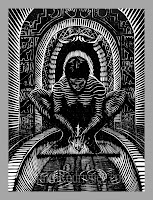 As in most of my work, there are more questions posed than answers given in this image. That’s the way I like it. I like the viewer to fill in the blanks with his/her own experience and impressions. Where are we? Is the boat coming or going? Is the figure in the bottom of the boat dead or alive? What is the purpose of the fire? Are we witnessing a healing, a funeral rite or a quickening ceremony?
(to be continued)
Posted by Ramiro Rodriguez at 9:36 AM